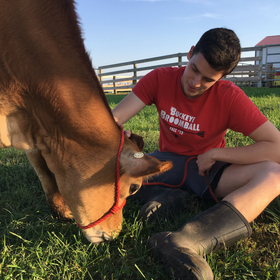 SnD is a low engagement gamemode

In our neverending quest to create stats that give better insight into the impact that players have on the game, we are rolling out a new Search & Destroy stat: Damage Efficiency. This article will serve as a primer for Efficiency and show why the stat is needed. SnD is a mode with very few stats that apply to all players relatively equally. Kills and KD Ratio (KDR) are the main ones. The main problems with Kills and KDR are that they are calculated on a small sample because SnD involves so few engagements compared to Hardpoint or Control. That is to say, the difference between a poor and good performance can be 1-2 kills.

So what happens more often in SnD? Damage.

Damage is dealt by almost every player every round. It would follow that using the damage as a measure of game impact would make sense. So why not just use damage per round (DPR) as a measure of impact? This would be a bad idea. What happens when a player inflicts damage on an enemy but doesn’t kill them in SnD? They could be killed by a teammate, but more often in SnD, with the slower pace and fewer team pushes, the damage is healed off. When the enemy is seen and takes damage, their options are to take damage and die, or take damage and survive. The enemy team now knows where you are and is alive. Since your two options when inflicting damage were to kill or not (you know their position either way), this is a net negative engagement if they get away, only in SnD.

Key Takeaway: Damage from unfinished kills are not good.

Damage Efficiency, put simply, is how good you are at turning damage into kills.

While we don’t have access to data on the damage dealt in non-lethal engagements specifically, we can make a pretty good estimation using a basic linear model:

Where β1​ & β2​ are how much the average damage a kill and assist take to be awarded. These values end up being:

With those two facts, we can make a formula to easily calculate estimated damage efficiency.

Although you don’t have to get all 150 damage to get a kill, and you don’t always get exactly 75 damage when you get an assist, these are good estimates to use and they are applied the same to everyone so it doesn’t make much difference. We know that the average kill will be more than 75 and closer to 150 and we know that the average assist will be closer to 75 because of the two key facts mentioned above.

So what if you don’t believe me? What if you believe that getting a lot of damage but not having the kills and assists to back it up is still good in SnD? That’s a fair argument. Maybe you think that just getting damage on the opponent forces them back, and a player with a lot of “wasted” damage is still in a better position to win the game. Luckily we can look at that: 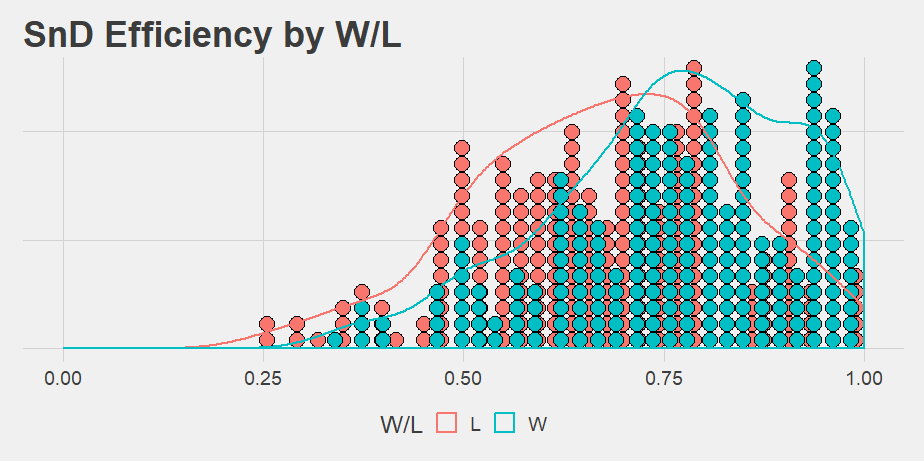 Each dot is an Efficiency between 0% and 100%, with 100% meaning all damage dealt was accounted for in kills and assists in the game of SnD. The distributions are plotted behind the dot plots. We can see a trend for higher Efficiency games to lead to wins. Let’s look at this a different way:

This plot shows the proportion of the dots in the first plot that were involved in wins when having at least the given Efficiency. We can now see clearly how beneficial not wasting damage is in SnD.

Here are the Top 3 players from CWL London in SnD Damage Efficiency:

You can read this as: “Simp converted 90% of his damage into kills at CWL London.” 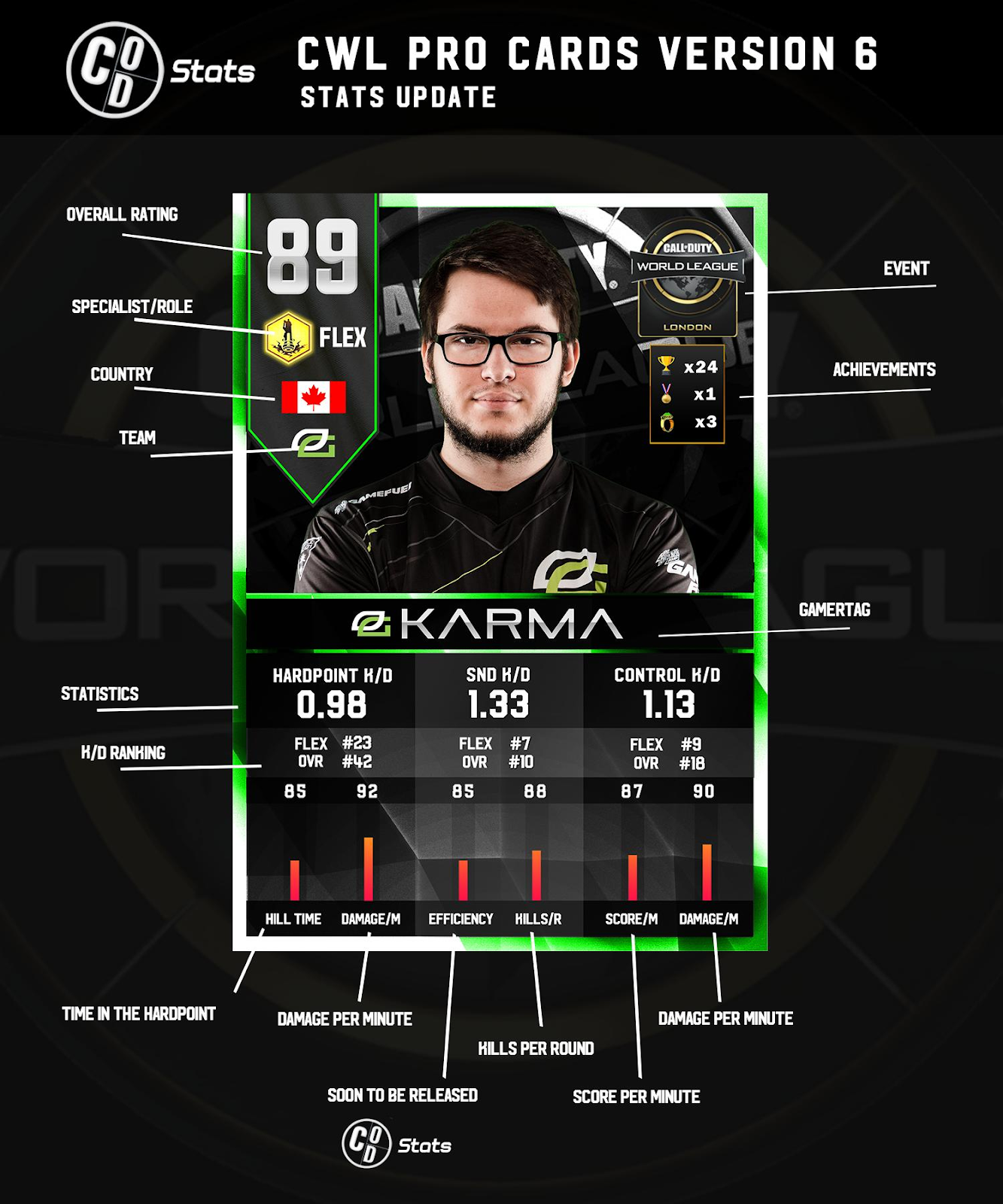